CBD oils are hemp products that are proven to have a positive effect on physical health. Their use does not cause intoxication in any way. A special product from Schild Labs is CBD oils in the form of fragrance and aroma oils with a concentration of 5 percent and 10 percent in bottles. We create these mixtures from hemp extracts along with a carrier fluid such as hemp seed oil. As a contract manufacturer, we also offer contract filling into suitable bottles, plus labelling and shipping. In this way, manufacturers receive an all-round package from us. The basis for creating the high-quality oil product is the special properties of the hemp plant. Cannabidiol (CBD) is obtained from the female hemp plant, and is extracted from both the flowers and the leaves. It is a chemical agent that can react with the immune system and nervous system in humans. CBD helps to alleviate conditions such as pain, anxiety and inflammation. This distinguishes the oil from intoxicants such as “hash” or “marijuana”. The substance that causes possible intoxicating and psychoactive effects is tetrahydrocannabinol, or THC for short. When referring to hemp plants, there are many terms floating around that can lead to misunderstandings. If the name “cannabis oil” is used for CBD, this is not wrong in principle. However, the term can be used for various oils of the hemp plant, which in turn are created from parts of the plant but not from the seeds. The psychoactive component THC is, like CBD, a cannabis oil. The terms hash oil, hashish oil, THC oil and marijuana oil refer to variants where the use as intoxicant is meant. These substances fall under the Narcotics Act. This does not apply to CBD. 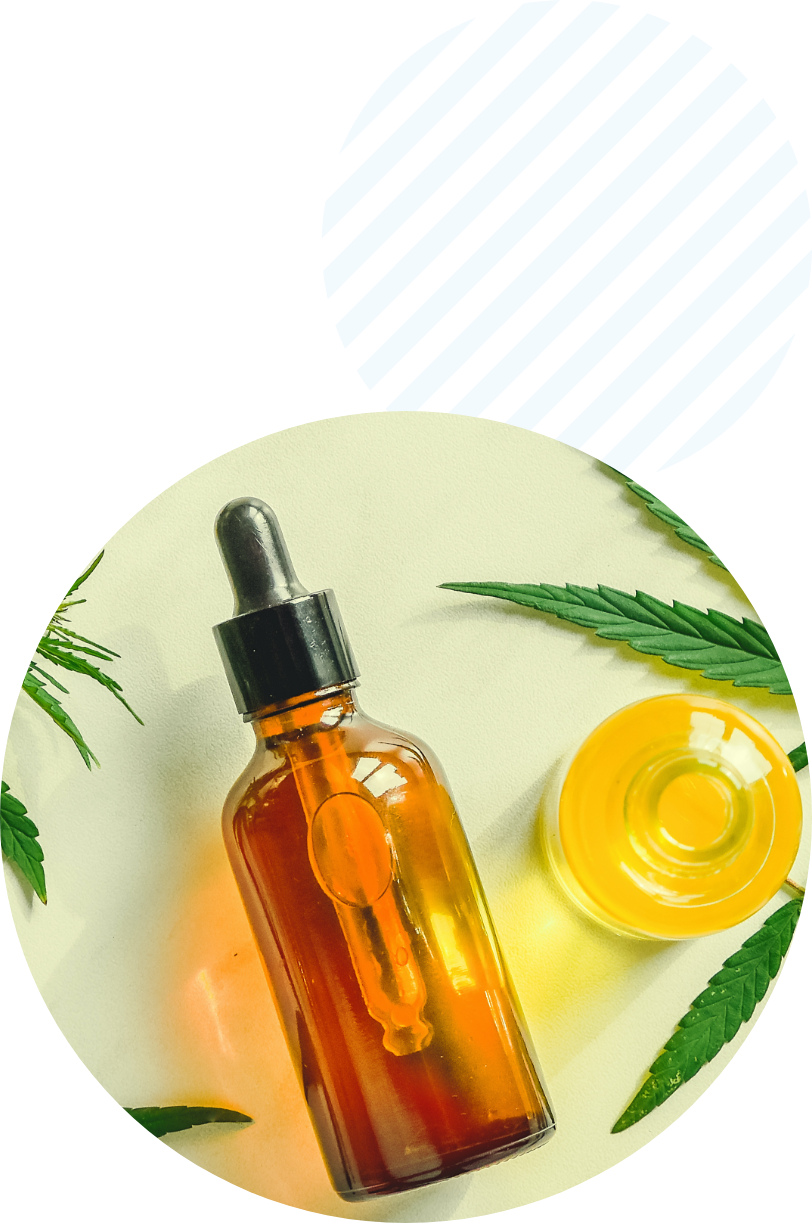 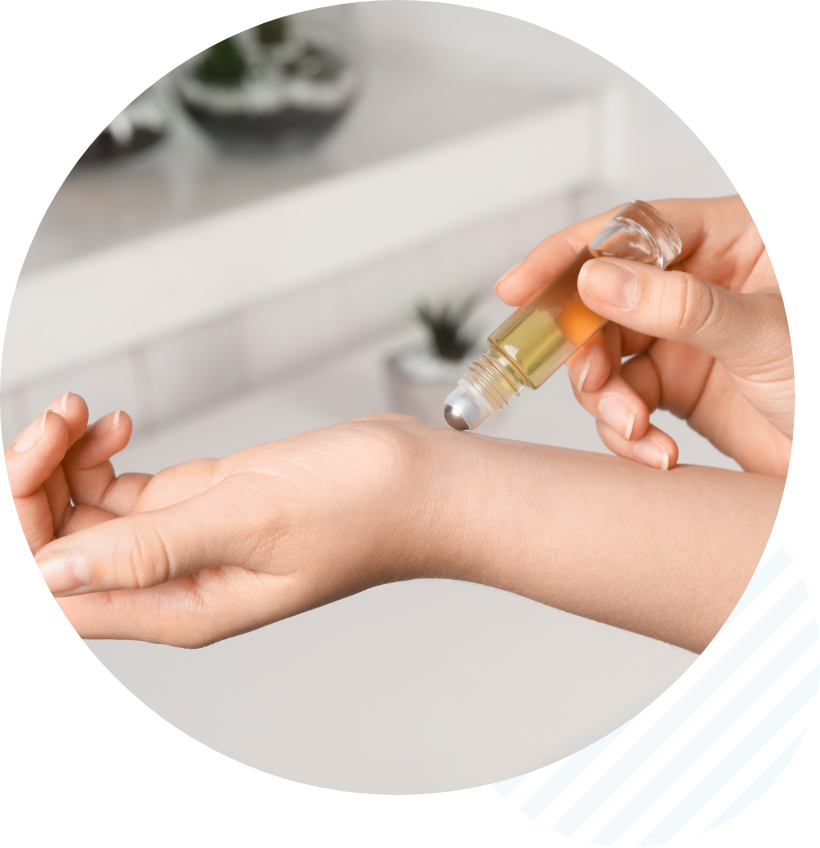 According to the EU regulation, CBD oils have to be almost completely free of the active ingredient THC. A maximum concentration of 0.2 percent is permitted. Since CBD has no intoxicating effect, it is available legally. If it is prepared as an oil, the higher the concentration of active ingredient, the more effective it will be. As a contract manufacturer, we produce fragrance and aroma oil containing 5 percent and 10 percent of CBD respectively. These high-quality oils are packaged in bottles with a dropper, a closure integrated into the bottle for exact dosing, or with a pipette, i.e. a small suction tube.

The background to how CBD acts in humans is a system in the human body known as the endocannabinoid system, through which the active substances can act. The human body has receptors such as cannabinoid receptor 1 (CB1) and cannabinoid receptor 2 (CB2) through which it can be influenced. The endocannabinoid system regulates a number of physical processes such as the development of anxiety or pain. The body’s own substances, the endocannabinoids, also act within the system. All of this explains why CBD can influence the human body, increase well-being and have a positive effect on diseases, as clinical studies have demonstrated. Brazilian scientists, for example, showed the anti-anxiety and anti-depressant effects of the active ingredient. They suspect that CBD activates the serotonin receptor 5-HT1A. In addition, clinical studies illustrate the effects of CBD in a wide range of applications.

The study results show that CBD can improve quality of life for Parkinson’s patients, reduce nicotine dependence, alleviate sleep disorders and inhibit excessive appetite. It also helps to relieve pain after a kidney transplant and can help headaches and migraines. CBD is also said to be beneficial in the context of cancer treatment by alleviating the side effects of chemotherapy. Essentially, it is believed that the substance has an anti-inflammatory effect and stimulates the immune system. CBD oil is available in the form of a classic drop dosage. As fragrance and aroma oil, it can be drizzled onto a scented pillow or used in fragrance lamps. Recommended amounts would be 4 drops twice a day. This kind of lamp, for example as a teapot warmer with a tea light, causes essential oils to evaporate. A few drops of the oil are put into a bowl of water, which is heated. The liquid evaporates and the active ingredient reaches the user’s nose. 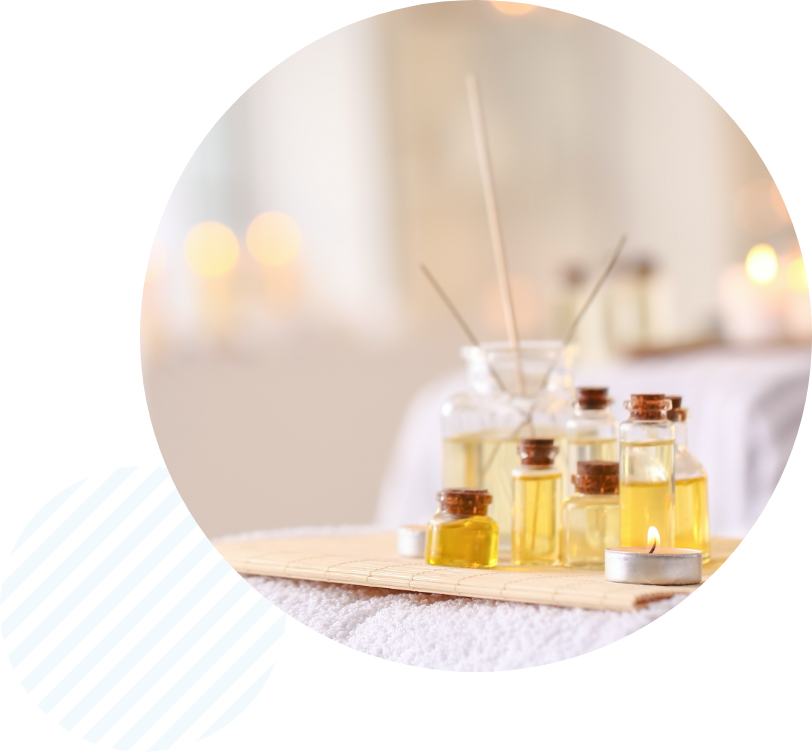 Go to soups and shakes 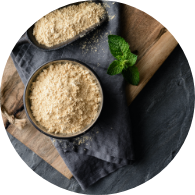 Go to soups and shakes

How can we help you?

Do you have a question about our product range? Or perhaps you're looking for a special formulation for your cosmetics, household chemicals or food supplements. As experts in contract filling, we will develop a customised solution to suit you and your company. Please send us your enquiry online using our convenient contact form, or phone us on +49 (0) 421-408845-0.

How can we help you?

Do you have a question about our product range? Or perhaps you're looking for a special formulation for your cosmetics, household chemicals or food supplements. As experts in contract filling, we will develop a customised solution to suit you and your company. Please send us your enquiry online using our convenient contact form.